What do the scholars of the Dīn and muftīs of the Sacred Law state regarding the following issue: I am a Hanafī – is it permissible for a Hanafī to pray behind an Imām of another School of Thought, for instance a Shafi’ī. If permissible, then which actions is a Hanafī to follow a Shafi’ī Imām in?

If a Shafi’ī Imām does such an action which would void purity or nullify salāh, then the salāh of a Hanafī is not permissible behind such Shafi’ī Imām. For example, if a Shafi’ī Imām was to perform Wudū’ or Ghusl which was Fard with slightly impure or used water, wiped less than 1/4 of the head, did not perform Wudū’ upon the exiting of blood due to a wound, etc or upon vomiting, lead salāh in clothes which were soiled with semen which was more than the size of a Dirham (~50p), or after having prayed a Fard (salāh), then becoming the Imām of that same salāh.[1] In all of the aforementioned cases, it is not permissible at all for a Hanafī to follow from the onset, and salāh behind such an Imām is merely invalid.

It is stated in Ghunyah,

“To follow someone contrary in secondary matters[2] – for instance, a Shafi’ī – is only permissible when the one following is unaware of any action which would invalidate their own salāh when following such an Imām. There is consensus upon it being permissible, whereas, there is a difference of opinion with regards to it being disliked.”

If a Shafi’ī Imām does not do such an action which would invalidate Wudū’ or void salāh, then it is permissible for a Hanafī to pray behind such Shafi’ī Imām. Although, the Hanafī is not to follow the Shafi’ī Imām in those matters which are impermissible and have not been stipulated by Sharī’ah according to the Hanafī Madh’hab. If a Hanafī was to go ahead with such actions, then the salāh of such person will be Makrūh to the extent of the non-stipulated amount of the action(s); of either Tahrīmī or Tanzīhī, as the Imām is meant to be followed in stipulated actions of Sharī’ah, not in non-stipulated action.

It is stated in Radd al-Muhtār,

“Following an Imām in matters of innovation, mansūkh [abrogated] actions, and matters unrelated to salāh is not permissible.”

Just as according to our respected Imāms, may Allāh Almighty be pleased with them all, the action of Raf’ al-Yadayn[3] has become mansūkh, and acting upon mansūkh matters is not stipulated in Sharī’ah, thus such person is not to follow a Shafi’ī Imām in this regard. Imām Malik al-‘Ulamā’ Abū Bakr Mas’ūd al-Kāsānī, may the Divine Lord ﷻ sanctify him, states in Badā’i’,

“If someone followed such an Imām who does Raf’ al-Yadayn at the time of Rukū’, prays Qunūt in Fajr salāh, or recites five Takbīrs of the funeral salāh, then the one praying behind is not to follow these actions due to the surety of this incorrectness[4], because all of these actions are mansūkh.”

It is normal to raise the hands in Qawmah and supplicate in the last Rak’ah of Fajr salāh on a daily basis, and the last Rak’ah of Witr salāh in the latter half of the night in the month of Ramadān according to the Shafi’īs, as they read the Duā’ of Qunūt in this. According to our [Hanafī] Imāms, Qunūt in Fajr is mansūkh or an innovation, therefore for us it is undoubtedly non-stipulated. Thus, one is to refrain from following a Shafi’ī Imām in this regard, and when Qunūt is actually disallowed, this means that the raising of the hands (Raf’ al-Yadayn) is also disallowed, as this is not a primarily major matter regarding salāh. Thereby, the one praying behind is to remain quiet for the amount of time the (Shafi’ī) Imām is reciting Qunūt in Fajr salāh.

“If someone is following an Imām who recites Qunūt in Fajr salāh, then according to the chosen stance, he is to remain quiet and leave his hands by the sides.”

There is no explicit mention in Hanafī books of what a Hanafī is supposed to do in terms of either tying his hands, leaving them by the sides, or raising them as though in supplication. Nevertheless, Sayyidī A’lāhadrat, the Imām of the Ahl al-Sunnah, Imām Ahmad Ridā Khān, upon whom be countless mercies, goes towards the stance that a Hanafī is to stand with his hands tied similar to that of Qiyām (i.e. when standing while reciting).

He, upon whom be mercy, states that when he (i.e. the Imām) follows the ruling of reciting Qunūt, then it has been stipulated in Sharī’ah for the other (i.e. the follower; the one praying behind the Imām) to stand in silence & remember God, and this form of standing while tying one’s hands is Sunnah in terms of this action being passed down from the predecessors and in terms of Sharī’ah, it is also respectful in the Majestic Court of Allāh Almighty rationally speaking and customarily, and one is not to follow the Imām in him leaving out a Sunnah.

Likewise, a Hanafī is to conform with every Sunnah which does not contradict any Wājib action of the Imām. There is a consensus of our Imāms upon the fact that it is unnah to say Āmīn quietly i.e. if a Shaf’ī Imām says Āmīn loudly, then a Hanafī muqtadī [follower] is to say Āmīn quietly.

Just as Sayyidī A’lāhadrat, the Imām of the Ahl al-Sunnah, Imām Ahmad Ridā Khān, upon whom be infinite mercies, states that likewise, there is a consensus amongst our Imāms that the Sunnah in the matter of Āmīn is that it is to be recited quietly, and when this does not contradict any Wājib action with regards to the Imām, then why should it not be acted upon.

[2] primary matters being of faith & belief, secondary being of deeds & virtues, etc.

[4] According to the Hanafī School of Thought, otherwise all four Schools of Thought are correct respectively in their own right.

Read the original Urdu answer here: [Q-ID0833] Can a Hanafi pray behind a Shafi’i Imam? 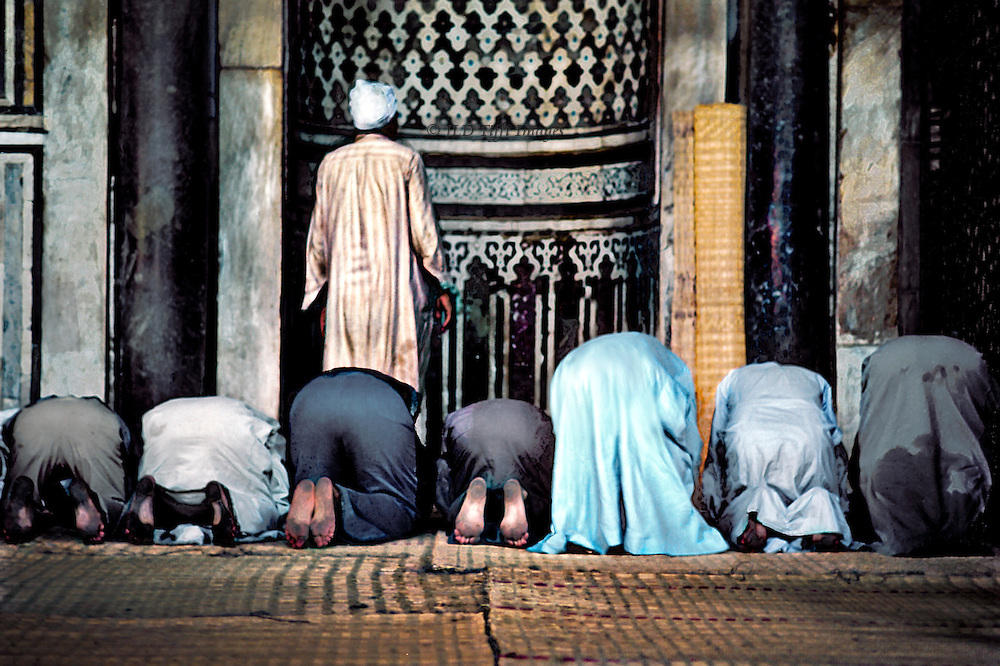