What do the scholars of the Dīn and muftīs of the Sacred Law state regarding the following issue: A person habitually talks in his sleep [i.e. a sleep-talker] and he gave his wife a divorce whilst sleeping, so has the divorce occurred?

The divorce of a person sleeping does not occur and there is a consensus amongst scholars upon this, and it has clearly been mentioned in Hadīths; just as it is narrated by Lady ‘Ā’ishah – may Allāh be content with her – that the Noble Messenger ﷺ has stated,

‘Rulings are not applied to three kinds of people: A sleeping person until he awakens, a child until he becomes mature [i.e. becomes pubescent – reaches the age of puberty], and a mentally ill person until he recovers.’

And it is stated in Durr Mukhtār,

‘The divorce of someone sleeping does not occur because he does not have intent or will.’

Read the original Urdu answer here: [Q-ID0834] Is Divorce valid if I said it whilst I was asleep? 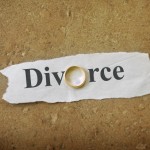